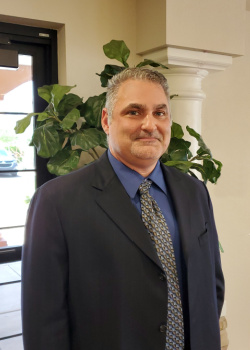 Originally from California, Randy, his wife Leanne, and their two children moved to the hill country of Texas for three years. There, they lived with their three horses, four goats, and 15 foster dogs. Living far away from family was difficult, so they moved to Arizona about five years ago.

Randy was a Police Officer in northern California for 15 years, where he retired because of numerous injuries. When the family moved to Texas, Randy worked as an Insurance Adjuster on Allstate’s National Catastrophe Team. Shortly after arriving in Arizona, Randy began working at Fellowship Square Surprise.

Leanne Augusto is the Business Office Manager and Move-in Coordinator at Fellowship Square Surprise. They thought how great it would be if they could work together, and as Randy says, “It didn’t take long for us both to really fall in love with our residents and fellow staff.” Initially, he started as the 3rd shift Concierge as just an ‘uneventful retirement job.’ But within six months, he was encouraged to join the Maintenance Team. Then, within another six months, he was promoted to Lead Maintenance Technician.

Randy holds an associate degree from Christian Life International Bible College in Theological Studies and Pastoral Counseling. He also has a bachelor’s degree in Criminal Justice Management and a master’s degree in Organizational Leadership, both of which he earned while studying at Union Institute and University. 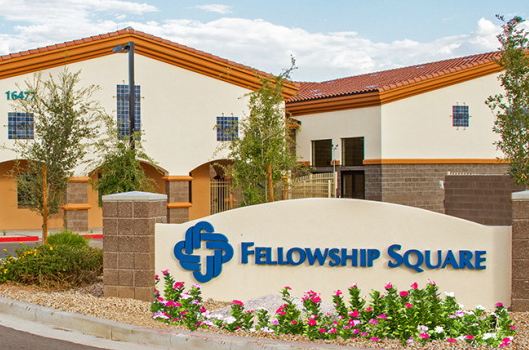 Interested in learning more about our Independent and Assisted Living community? Please send us an email or fill out the request form below and we will be in touch!