While definitive statistics have yet to be revealed regarding how proper nutrition helps maintain cognitive brain health, researchers and scientists recommend certain foods that they believe can help slow the effects of brain diseases such as Alzheimer’s. A healthy diet with a wide variety of the following foods combined with exercise can play an important role in keen cognitive brain function. 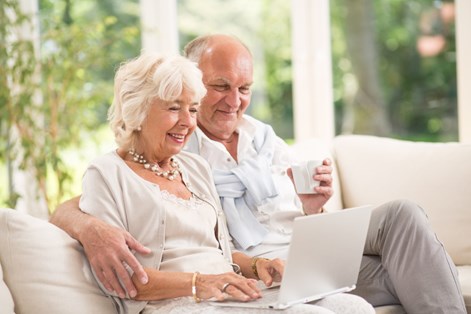 Vitamin E, found in nuts, seeds, peanut butter, spinach and oils, is thought to protect neurons in the brain, which begin to die in patients with Alzheimer’s disease.

According to the Alzheimer’s Association, antioxidants and Omega 3s may improve brain health and function. The organization suggests foods like blueberry yogurt, baked chicken or cod, whole wheat bread, rice and pasta, and almonds.

Docosahexaenoic acid (DHA), present in salmon, mackerel, tuna and other fish, is critical to keeping neurons functioning properly. Swapping out red meat for fish is a helpful way to incorporate DHA into a brain-healthy diet.

Folate, found in dark leafy greens like kale, collard greens, and cruciferous vegetables such as broccoli, is believed to break down levels of homocysteine in the blood. High levels of this amino acid could trigger the death of the brain’s nerve cells.

According to the National Meeting of the American Chemical Society, berries are believed to be the natural way the brain does its “housekeeping” — ridding the brain of toxic proteins that are linked to age-related memory loss. So load up on blueberries, strawberries and acai berries.

The Mediterranean Diet, which focuses on the consumption of fruits, vegetables, nuts and seeds, olive oil, and wine (in moderation), has been hailed as an ideal diet to follow in order to stave off brain deterioration. According to Columbia University Medical Center in New York City, the diet is associated with lowering the risk of mild cognitive impairment that can develop into Alzheimer’s disease. The Mediterranean Diet is also thought to reduce inflammation, oxidative stress, and high blood pressure, which all can play a part in increased risk of brain diseases. When considering a diet change, it’s always a good idea to consult a physician that can tailor an eating plan specific to individual health needs.